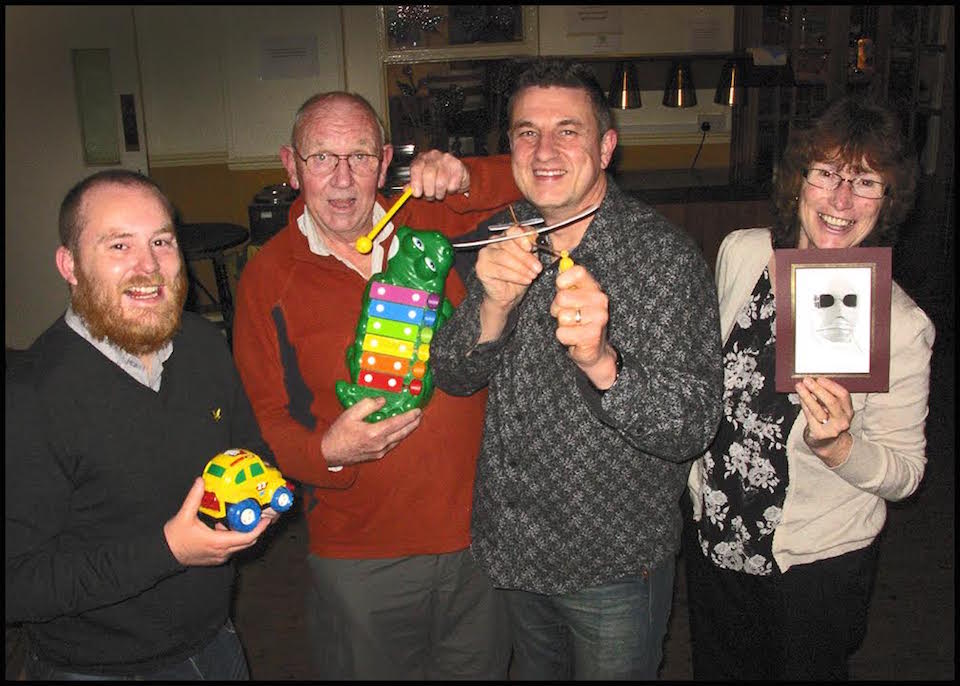 The 2014 season at Llanelli Photographic Society concluded on the 23rd January 2015 with the Annual Awards Dinner. This event celebrates the winners of the club’s various competitions throughout the year.

This year’s Awards were held at The White Lion Inn in Felinfeol and all enjoyed a fabulous carvery meal.

After the food, certificates were presented to the winners of the club’s competitions and then it was time for the big prizes.

Congratulations go to Steve Milton who won the Print Photographer Of The Year award for the second year running.

After the formalities, LPS President and current Chairman Ray Rees took centre for some fun awards. These were given to members for their outstanding achievements in music, aviation, art, motoring and portraiture.

Amongst the recipients were Pete Francis, Jackie Davies, Jamie Morris and Graham Harries. Overall it was a fun night and a great way to celebrate the past year. 2015 promises to be even better!