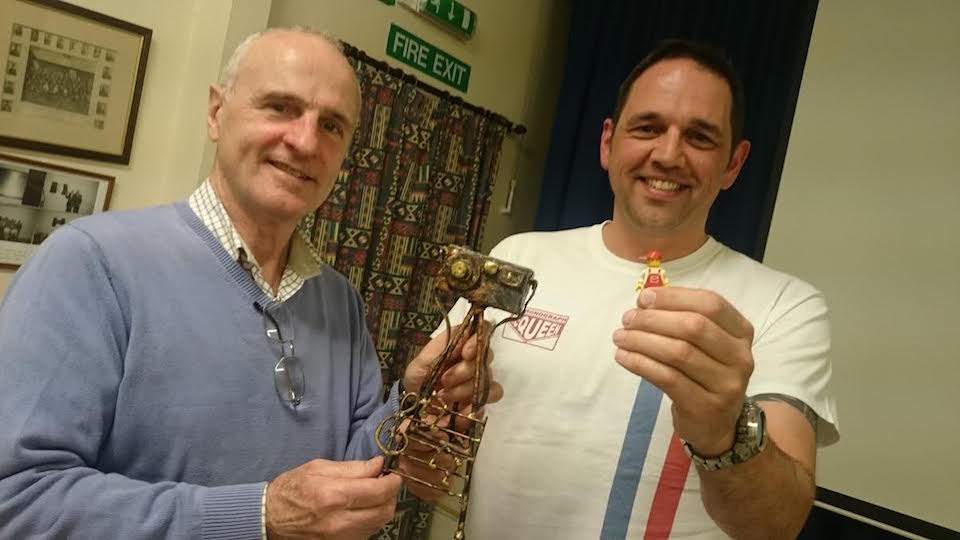 On April 8th Llanelli Photographic Society held it’s annual Audiovisual (AV) competition. This is where a series of images are put together and accompanied with music. They can be on any subject – serious or funny! This year we had AVs featuring zombies, lego men, Mr Happy aka Graham Harries, Wexford Abbey, a rugby tour to France, skiing, a year of images and even Llanelli Town Centre.

All the AVs were shown twice before members were asked to vote for the one they liked the best. It was a pretty much unanimous decision with Phil Worsley winning with his ‘Trials and Tribulations Of A Camera Club’.

The picture above shows Phil (and friend) collecting the AV Trophy from Club President and Chairman, Ray Rees (image by Graham Harries).

Congratulations to Phil for winning the competition and well done to all who took part and helped created an entertaining evening.

The next competition at LPS is on the 22nd April and is the second Open Print of 2015.