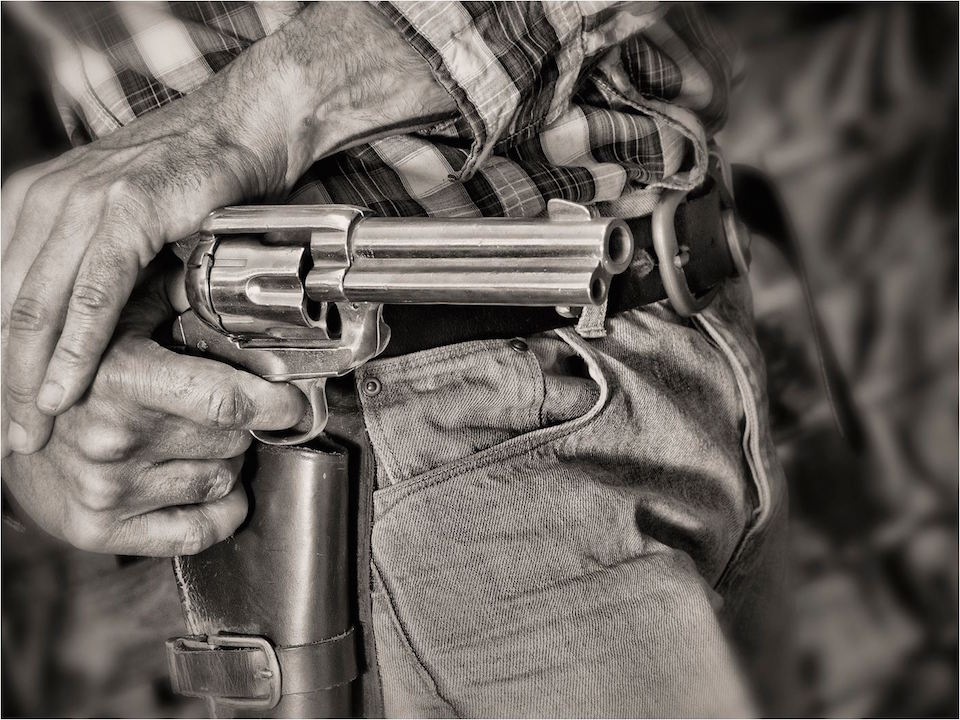 The first DPI competition after the summer break took place at Llanelli Photographic Society on 16th September. The theme was set as “From The Hip” which sparked a lot of debate about how it should be interpreted. Some members took it as a literal statement whilst others used it to try street photography with shots taken taken from the hip.

Club Chairman, Ray Rees, offered his critique on the various entries but the top six was determined by scores from the LPS members. Alun Lewis drew first blood and stormed to the top with his shot called “The Gunslinger”.

Second place went to Tony Collis with his beautiful shot of a gallery attendant whilst Jason Dale popped up in third with another gun themed shot. Alun picked off fourth place with a hip flask themed portrait and Dave Rees took fifth with a picture of rose hip seeds. The six was rounded off by Jay Harries with a capture of tourists cut off at the hip in a wine glass.

The final DPI competition of 2015 takes place in December and the theme is “Boxed In”.